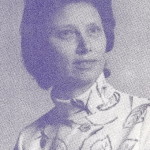 Neva Smith began her bowling career in 1962 when she joined a beginner’s class at Ribaut Lanes in Beaufort.  With the completion of this, she joined her first league, the Women’s Civic League, and finished her first league with a 141 average.   From there, Neva continued in the same league as well as joining […]

The following information is from the Hall of Fame application:   Heather has bowled for 22 years with a high average of 166 in 1965, highest series 626 and highest game 246.  She has two daughters and six grandchildren.  She is a nurse for 2 family practioners and also served as a Red Cross Volunteer and […]

The 1976 and SCWBA’s first inductee into the Hall of Famefor Bowling Achievement is Mrs. Lee Marian “Rinkie” Bradbury.  Rinkie is a resident of Beaufort and a member of the Beaufort WBA.  She has bowled in sanctioned leagues for 13 years, and currently bowls in 4 leagues.   Rinkie’s bowling backgound is quite varied, and […]